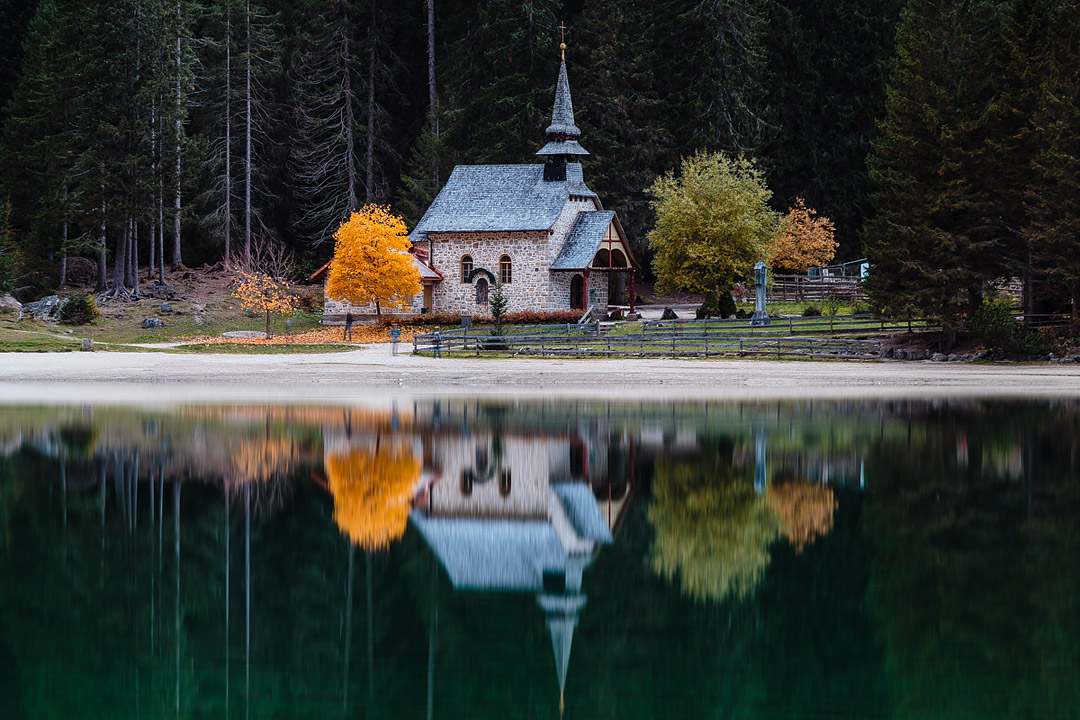 Follow us
Twitter
Instagram
Facebook
There is a trend for people to leave negative comments on a picture published in any public forum or social media. How can photographer artists express themselves? How much is too much?
DIMITRI VASILEIOU

While I was walking and photographing around Lake Braies at the Dolomites of Italy, I couldn't help thinking about a conversation I had with someone a few days prior to this trip. There is a trend for people to leave negative comments on a picture published in any public forum or social media. How can photographer artists express themselves? How much is too much?

There are many great artists of the past and many more in the present. Some of them are recognised for their talent in sculpture, pottery, others have made their name from their famous paintings.

Not all of them had a warm welcome from the public; some of them were considered weird, or even non-artistic. Yet, many of them have become famous and are recognised as amazing artists. And although some of them are not to everyone’s liking – Pablo Picasso’s latest style for instance – we do still see them as artists.

Every time I see a picture posted in a public forum or on social media and it is a bit different (different style or a bit more manipulated than it really should be – according to the specialists), I read countless negative comments about the picture. Things such as “Too much Photoshop”, “This is not photography any more”, “Do you call this photography?”

Let’s take things from the start though and let’s move quite a few decades backwards. On 14 November 1840 on the 5th floor of 45 Rue Laffitte in Paris, there was a young boy born, a young artist. When he grew up, his father wanted him to go into the family grocery business, but he wanted to become an artist. His mother was a singer.

On 1 April 1851, he entered Le Havre secondary school of the arts. Locals knew him well for his charcoal caricatures, which he would sell for ten to twenty francs. On the beaches of Normandy around 1856 he met fellow artist Eugène Boudin, who became his mentor and taught him to use oil paints. Boudin taught him "en plein air" (outdoor) techniques for painting.

When he visited the Louvre, he noticed that painters were copying from the old Masters. Having brought his paints with him, he sat by a window and painted what he saw. He stayed in Paris for several years, this is where he met other young painters, including Édouard Manet and others who would become his close friends.

From the late 1860s, he and other like-minded artists met with rejection from the conservative Académie des Beaux-Arts. They did not see them as artists who had their own unique style – not to everyone's taste, just very odd, different and not good enough. To them, these new guys were not artists, as simple as that. Probably what we would say today… “Too much Photoshop” perhaps.

However, this new artist, together with a group of others with similar style, organised the Société anonyme des artistes peintres, sculpteurs et graveurs (Cooperative and Anonymous Association of Painters, Sculptors, and Engravers) to exhibit their artworks independently. At their first exhibition, held in April 1874, he exhibited the work that was to give the group its lasting name. This new man on the block was Oscar-Claude Monet and this new rejected style? Impressionism. This is the man we all know today as one of the most influential painters of all time. And yet, he was (and many others too) rejected by a minority of the establishment.

There are countless painting techniques and styles but they are all included under the same word – Art.

There are countless photographic techniques and styles, why shouldn't they end up under the same word – Art? After all, to all photographers, photography is a form of art and every photographer should be allowed to follow their own unique style and express themselves as they see fit.

Ansel Adams was the biggest picture manipulator of his time, he repeatedly admitted that he manipulated his pictures heavily in order to achieve the print that he had envisioned on location – something similar to “Too much Photoshop”. Should we discard him as not one of the great Masters?