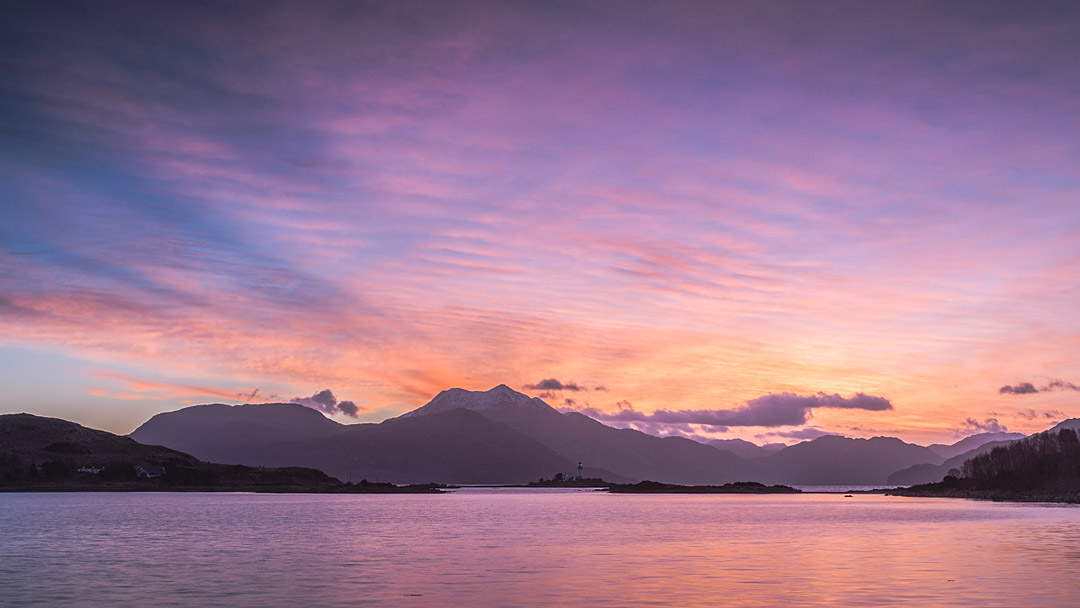 Sunrise By The Sound Of Sleat, Isle Of Skye, Scotland

The Sound of Sleat is a narrow sea channel off the western coast of Scotland. It divides the Sleat peninsula on the south-east side of the Isle of Skye from Morar, Knoydart and Glenelg on the Scottish mainland.

The Sound extends in a south-south west direction for 19.5 miles from Loch Alsh. It is widest, 7.75 miles, at the south-west entrance and narrows to just 0.25 miles at Kyle Rhea, a narrow channel which connects the Sound through to Loch Alsh.

The name is inherited from the peninsula to the north of the Sound, which derives its name from its Scottish Gaelic form Sléibhte, which in turn comes from the Old Norse sléttr meaning smooth or even.

On the mainland side of the Sound are the entrances to Loch Nevis and Loch Hourn. The largest settlement on the mainland side is Mallaig which sits at the entrance to the Sound. On the Skye side of the Sound sit Knock Castle, a former stronghold of the MacDonalds, and the village of Armadale. North of Armadale can be found Eilean Sionnach Lighthouse, which can be seen at the lower-centre part of the picture.