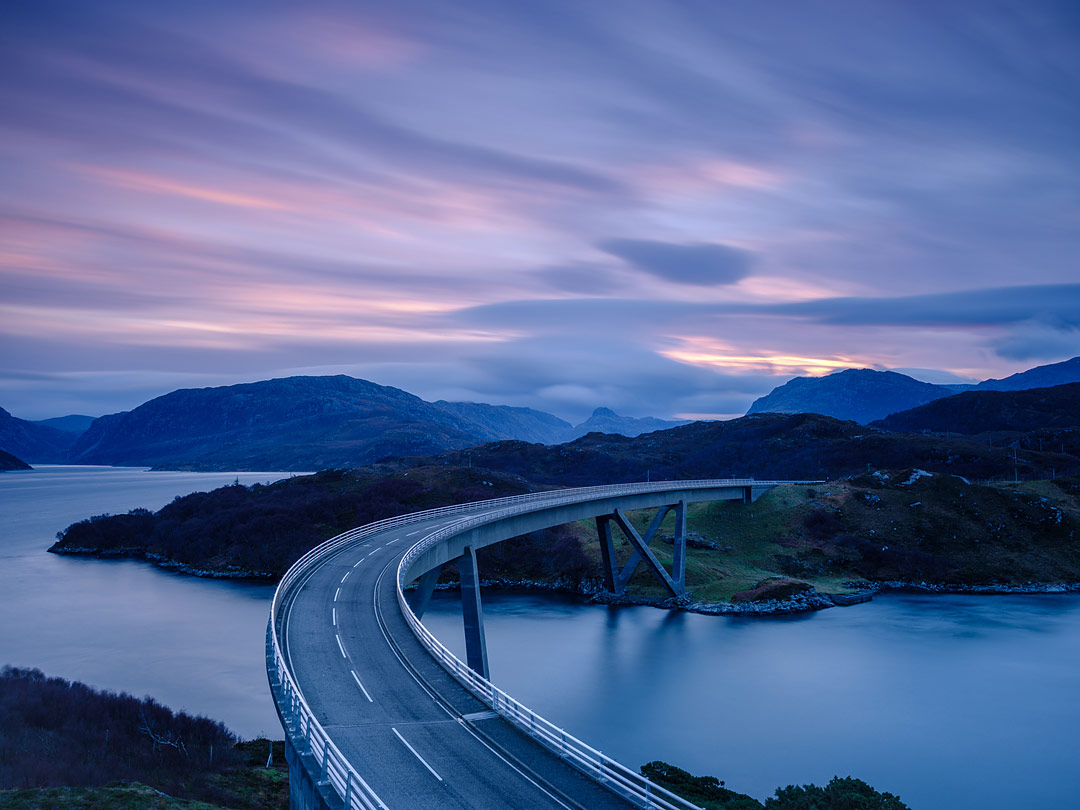 The Kylesku Bridge is a distinctively curved concrete box girder bridge in north-west Scotland that crosses the Loch a' Chàirn Bhàin in Sutherland. In June 1978 the Highland Regional Council asked Ove Arup & Partners Scotland to prepare a feasibility study for a bridge, in their capacity as consulting civil engineers and was prepared by March 1979.

Construction of the bridge began in August 1982. It was constructed by building out the supporting legs and then lifting into place the central span, which had been constructed on land and then moved onto a barge by rail and weighed 640 tonnes.

The cost of the bridge was £4 million, although was earlier budgeted at £2.75 million. The bridge opened to traffic in July 1984 and was formally opened by the Queen on 8 August 1984.